Harrison Area
Badlands Storage in Harrison have short term unit rental available for motorcyclists who wish to park their bikes in a safe and secure unit while touring the NW Nebraska Badlands and Pine Ridges . 4 wheeler and side-by-side rentals for gravel road touring; advanced reservations required 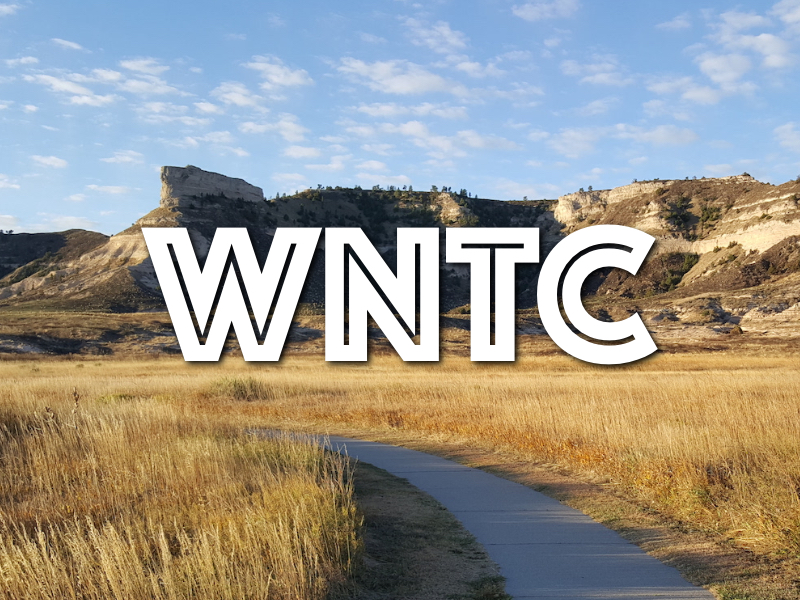 North Platte Area
Dusty Trails is the ideal location for outdoor adventure. Providing opportunities for horseback riding, tanking, tubing, canoeing, or kayaking down the North Platte River. At the end of the day there is always the option of the petting zoo.
2617 N Buffalo Bill Ave
North Platte, NE 69101

Crawford Area
Fort Robinson State Park is one of Nebraska’s most popular attractions. Visitors can enjoy cookouts, trail rides, hiking, and a summer repertory theater at the Post Playhouse. Fort Robinson is open mid-April through mid-November. A state park permit is required.

North Platte Area
In 1995, the Guinness Book of World Records recognized Union Pacific’s Bailey Yard as the world’s largest railroad classification yard. It has since grown by 25 percent. It stretches eight miles and covers nearly 3,000 acres. More than 15,000 cars pass through daily.

Harrison Area
Albert Meng and Bill Hudson discovered ancient bones belonging to more than 600 bison. Nearly 50 years later, Hudson-Meng Education and Research Center is open to the public and the 10,000-year-old bones are still being studied. Open mid-May through September.

Legacy of the Plains Museum

Museum of the Fur Trade

Chadron Area
The Museum of the Fur Trade is located at the site of a trading post operated by the American Fur Company from 1837 to 1876. The museum’s three galleries interpret the fur trade from early colonial days to the 20th century. The museum is open May 1 - Oct. 31 or by appointment.

Halsey Area
This district of the Nebraska National Forest covers more than 90,000 acres, and is the largest hand-planted forest in the world. It is a favorite place for camping, ATV-ing, horseback riding, hiking and picnicking. The lookout tower offers a panoramic view of the surrounding forest and hills.

Chadron Area
South of Chadron and surrounding nearby Crawford are approximately 80 miles of trails in the largest section of Nebraska’s National Forest. The 140,000 acres of the Pine Ridge Ranger District include breathtaking hiking, biking and horseback-riding through wide-open spaces.

Crawford Area
Sixteen miles northwest of Crawford and a quick jump from Toadstool Geologic Park is Our Heritage Guest Ranch. Riding lessons are available and there are 26 indoor stalls, and several paddocks and corrals to board horses. The rides take you over 3,600 acres abundant with wildlife.

Potter, Sidney
The Potter Sundry is the “Home of the Tin Roof Sundae” – this famous sundae was created at the Sundry back in the 1930’s and named for the tin ceiling in the historic building.
Serving up Breakfast, Lunch and Dessert! Located in historic downtown Potter, NE just a minute off I-80 in West Nebraska

Scottsbluff Area
Less than a 4 mile drive from the Scottsbluff National Monument, the Riverside Discovery Center is a fun family friendly Zoo that is open year round. It also has a splash pad that is open in the summer, a dino dig play area and petting zoo. It is AZA accredited and the only Zoo in Western Nebraska.

Just north of the Nebraska border, North America’s most fascinating Ice Age treasures can be found at the Mammoth Site of Hot Springs, South Dakota. Visitors will be treated to a tour of the world’s largest mammoth research facility and experience an active paleontological dig site.

Harrison Area
Agate Fossil Beds National Monument is home to an important collection of Native American artifacts. Visitors can walk among the fossils of ancient animals. Located 22 miles south of Harrison or 34 miles north of Mitchell on Highway 29.

Valentine Area
Arthur Bowring Ranch State Historical Park is a 7,202-acre ranch. Buildings and grounds are open Memorial Day weekend through Labor Day, 8 a.m. - 5 p.m. The grounds are open from 9 a.m. to sunset the rest of the year.

North Platte Area
Cody Go Karts is great place which offers fun for the entire family. We feature rides and games supervised for your safety and enjoyment. Open seven days a week, Cody Go Karts’ lot is fully lit, so your fun doesn’t end when the sun goes down! So come on out and have some fun! We are conveniently loc

North Platte Area
The Union Pacific Railroad displays two of it's largest locomotives and a railroad museum. The locomotives are an interactive steam and diesel engine.

Alliance Area
Dobby’s Frontier Town, is a historic village with buildings from the 1890s through Prohibition. Kenneth “Dobby” Lee lamented the decay of early frontier buildings, so he began hauling them to his Alliance home to save them. The buildings include a general store, log cabin, saloon and more!

North Platte Area
When viewed from the outside it looks like a frontier log stockade complete with authentically-dressed mannequins with toy rifles standing guard. Inside it’s a combination gift shop and museum, with authentic Buffalo Bill Cody and Wild West memorabilia, and a miniature mechanized Wild West Show.

Valentine Area
Fort Niobrara National Wildlife Refuge is home to herds of bison and elk. A 3.5-mile driving tour provides up close views. The bison are often encountered crossing the refuge road. While near the herds, stay in your car. A bison bull can weigh a ton and moves with astonishing speed.

Valentine
Our cabins are a peaceful getaway from the hustle and bustle of everyday life. All of our fully-furnished cabins are nestled in a native Pine forest and have amazing views of nature in every direction. The layout of the cabins is equally perfect for a quiet family getaway.
90236 SPARKS RIVER ROAD
VALENTINE, NE 69201

Alliance Area
Displays at the 19,000-square-foot Knight Museum and Sandhills Center span many aspects of western life, including an extensive display of Native American artifacts, railroad memorabilia, military history, homestead and ranch life, and the various cultures who shaped the area.

North Platte Area
The North Platte Canteen is commemorated at the Lincoln County Historical Museum. The World War II canteen met every train and fed the service men and women who passed through the depot – about 6 million in all. The museum also features a village of historic buildings.

Crawford Area
Northwest Nebraska High Country is an organization of farmers and ranchers and other rural people who have opened their homes and properties to tourism, outfitting and B&Bs.

Potter Area
This newly restored historic bowling alley is believed to be the only one west of the Mississippi River.
P.O. Box 67
Potter NE 69156

North Platte Area
More than 20 miles of challenging trails for explorers of all endurance levels twist and wind through the hills. There are around 40 “official” trails here. All-terrain vehicles are prohibited. Camping and fun are allowed and encouraged.

Gering Area
The sod-roofed building has been reconstructed with 100-year-old hand-hewn logs and period furnishings. It is located in beautiful Carter Canyon, on the original Oregon Trail route before travelers began using Mitchell Pass, known to settlers as Devil’s Gap.

Gering Area
Scotts Bluff is what remains of the ancient High Plains that were eroded by rivers over millions of years. The uniquely Nebraskan formation is part of the scenic Wildcat Hills. Fossilized remains of ancient rhinoceroses, horses, camels and other prehistoric creatures have been discovered here.

Harrison Area
Toadstool Geologic Park is regarded as a strange landscape within the grassland. Sediment layers deposited by ancient volcanoes have eroded at different rates, leaving sandstone formations perched on clay stems. Early residents referred to the formations as toadstools.